On 28th October 2021, there was an event called Facebook Connect 2021 being held virtually. For your info, Facebook Connect is the annual developer conference where you can watch the keynote related with VR/AR/MR and social media from great speakers and also join the developer sessions. Every year people are looking forwards for this major event. During that recent event, we are watching it in Venues by using our Oculus Quest 2. In case you missed it, here we are sharing with you the top main highlights during the events.

As part of major rebranding, Facebook company change its name to Meta. However, the social media name still remain the same. This shows the seriousness of Mark Zuckerberg to change the direction of the company to fully support the metaverse and the future platform to connect people.

With this rebranding, it will strengthen his vision to make Meta as the metaverse company. For the whole world, this is the most significant and important highlights during the Facebook Connect 2021 event. You can see it in the form of memes scattered around the social media 🙂

Soon, there will be another new VR headset from Meta that is developed under Project Cambria. It is not a replacement of Oculus Quest 2, but it is more like an upgrade or premium version of it. It can do a lot more stuff like improved Passthrough, pancake optics and better avatar facial expressions.

Simply said, it is a headset that combines the power of VR and MR (Mixed Reality) together. With this kind of features, it can be considered as the high-end VR device. The price will definitely be higher and expected to arrive in 2022.

Nazare is a codename for their project to develop Meta’s first, full-AR (Augmented-Reality) glasses. One of the cool feature that we see is the ability to find stuff that accidentally hidden such as key, mugs and small size objects just by using the AR-glasses. Cool!!

From Mark, one of the challenges is to compress all the technologies such as holograms, projectors, batteries, chips, speakers, radio etc. into a glasses with 5mm thick. Although with all the obstacles, according to Mark, they are making good progress on this project.

Currently, when we are in the Oculus Home, there is a sense of loneliness because we are alone there. Soon, they will release “Horizon Home” where you can get your family and friends to join you at your virtual home. On the “Horizon Worlds“, you can build and create your own world and enjoy it with others.

This is a great function to connecting people within the virtual world and also the real world. After this, you don’t need to take off your headset if you suddenly want to contact other people while you are in VR.

There is also announcement on upcoming games for Oculus Quest 2. The most popular games that we can play soon in VR are “Grand Theft Auto: San Andreas” and “Blade & Sorcery: Nomad“. These two games are enough to make the crowd screams during the events.

Many GTA fans can’t wait to try this game from Rockstar in VR. Even Mark Zuckerberg is so excited about it that he announced this news himself. It is the same excitement when Oculus announced that RE4 (Resident Evil 4) will be release exclusively for Quest 2 previously.

During the keynote, they also revealed that the “Beat Saber” game already achieved $100 million++ and it is now the lifetime revenue on Quest. Kudos to the team involved!

This might be the last Facebook Connect event since they already change their company name to Meta. For more details and other highlights during Facebook Connect 2021, you can read it at their website at https://www.facebookconnect.com/. There are a lot more interesting stuff such as their progress on photorealistic avatar, finger gesture technology and many more.

You can also watched the recorded keynote sessions in their FB page at “Facebook Reality Labs“. If you would like to see other events related with VR, you can get it from here as well. 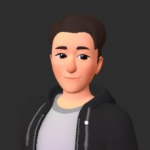 Facebook to Acquire Oculus VR, the Rift Maker for $2 Billion