What is the Definition & Meaning of Mixed Reality or MR?

What is the Definition & Meaning of Mixed Reality or MR?

Lately, there is a term emerging called “Mixed Reality” or also known as MR in the virtual reality or simulation world. Mixed reality refers to the combination or merging of virtual environment together with real environment where both of them can co-exist together. Sometimes, people also refer to it as “Hybrid Reality“.

Furthermore, in mixed reality,  users also able to manipulate the virtual objects as well. Users can interact with their concepts in virtual objects form as if they were exist in front of them.

Some examples of the mixed reality technology are Microsoft HoloLens, Magic Leap and Canon MREAL System. Although some said that HoloLens is under the AR (Augmented Reality) category, but according to Microsoft it should fall under the MR (Mixed Reality) domain. Below is the Youtube video clip showing the anticipated capabilities of HoloLens for the consumers and industrialist. Check this out…

Based on the capability shown by HoloLens, the inclination maybe towards MR domain. What we foresee, the future of telepresence system, training or collaborative working environment might leverage on the mixed reality technology. For more info, you can read it at:
1) “Mixed reality” from Wikipedia.
2) “Choose Your Reality: Virtual, Augmented or Mixed” from <re/code>.
3) The Magic Leap Official Website.
4) The Microsoft HoloLens Official Website. 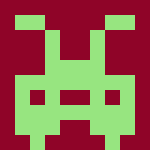 How to Make Money with VR or Generate Income With It?

What is the Definition & Meaning of Augmented Reality or AR?